The geodetic and positioning standpoints for shipping

The National Land Survey of Finland (NLS) and its research unit, the Finnish Geospatial Research Institute (FGI) are responsible for creating national coordinate reference frames and height systems in Finland and for making them accessible to all potential users. One recent example of such activities relating to shipping is the cooperation between the authorities of the different Baltic sea countries with new Baltic Sea Chart Datum 2000. This involved unifying the vertical reference levels for Baltic sea area charts. 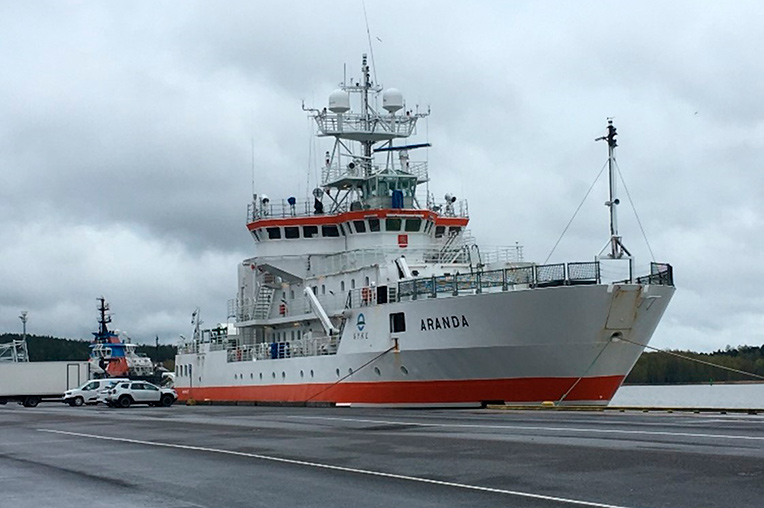 The FGI performed real-time positioning tests on board the Aranda during the ISTLAB project. Photo by Octavian Andrei.

FinnRef, the GNSS (Global Navigation Satellite System) station network that covers the whole of Finland, is managed by the NLS and FGI. FinnRef is used to maintain the above-mentioned reference frames, to connect them globally, and is also used in the research and development of reference systems, for example deformation models in the area. Phenomena such as post-glacial land uplift affect our seas and our coasts, as the water becomes shallower.

Data from the stations are also utilized in the real-time positioning service of the NLS, called FINPOS, which is used in all NLS mapping work etc. Another example of real-time use is the monitoring of signal quality and the sending of warnings. These kinds of systems can improve the reliability of the user in the GNSS in e.g. safety-critical systems. Cyberthreats are also of concern for the GNSS. Natural interference sources exist, but intentional jamming and spoofing are also growing risks. 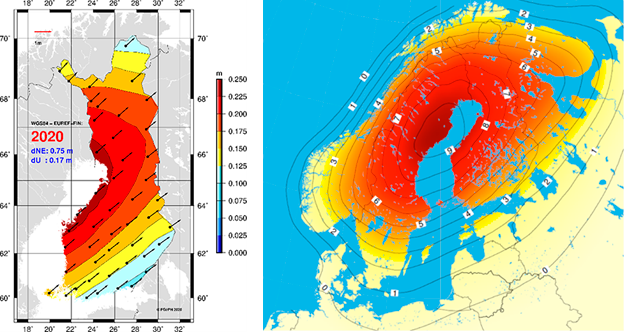 Land uplift and plate tectonics cause differences to reference frames, depending where the frame is fixed (datum). The local EUREF-FIN moves along the plate, but its global counterpart WGS84 stays fixed, thus causing the difference between these frames to grow.

In the ISTLAB project, the FGI analyses the accuracy and repeatability of satellite positioning and identifies which application of the geoid model to use in the height system and sea level data with satellite positioning. Utilizing these with bathymetric models, allows us for example to calculate clearances under the keel of the ships with (greater) accuracy. The FGI has been testing under actual sea conditions on the Rauma fairway and in reference areas, giving performances of the real-time VRS (Virtual reference station) of the FINPOS service.