Maritime education has deep-rooted traditions in Rauma, having begun 140 years ago. Today, intelligent shipping is an important part of SAMK’s strategy. 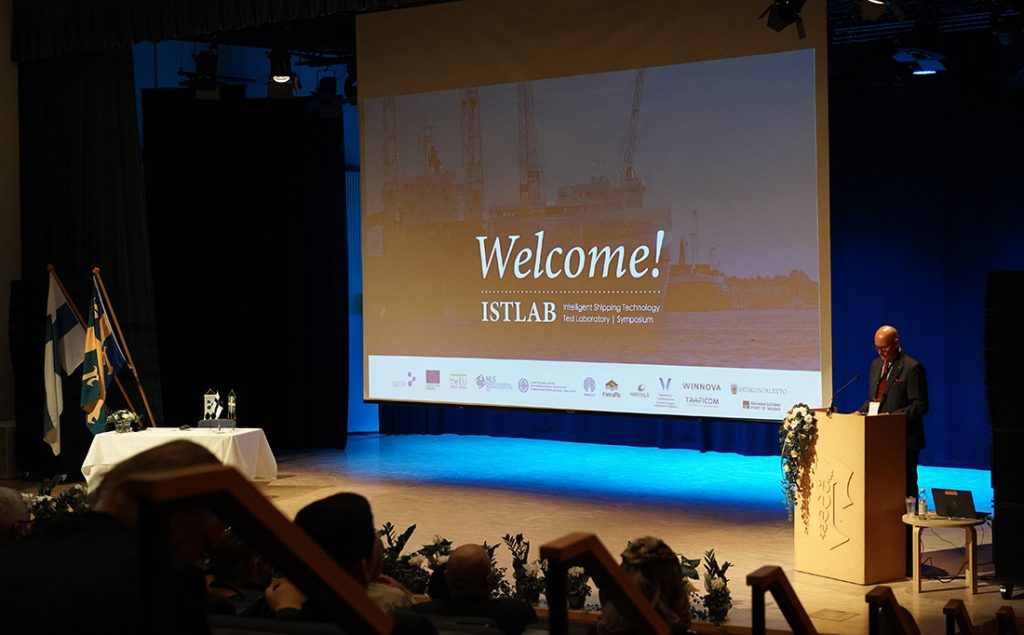 It was in 1880 that the Finnish-language Rauma Maritime School was established. Initially the education was given on privately-owned property, but the purpose-built school building was completed in 1900 and remained in use until the end of the 1960s. The building now houses Rauma Maritime Museum.

The 140th anniversary of maritime education was celebrated in Rauma in conjunction with the Intelligent Shipping Symposium. The themes running through the occasion were notably the research into and testing of intelligent shipping. The ISTLAB project also featured in several presentations given by the different parties. The future of maritime and its environmental aspects were also given consideration in the speeches.

As Markku Mylly, Chairman of the Symposium, summarised in his opening speech:

– The industry will face many challenges in the future, but with new technology, maritime can be made more efficient, more safe, and more environmentally friendly than before.

Sinikka Hartonen, Head of Environment and Technology of the Finnish Shipowners’ Association, was keynote speaker at the event. In her speech Ms Hartonen also described the challenges that maritime is facing. Hartonen considers that the most significant solutions to the problems are data collection and effective analysis, with the aid of which automation and artificial intelligence can be developed.

– The greatest challenge is to understand the big picture, and to endeavour to solve the biggest problems with one blow. Climate change, changes in the global supply chains and other large systems do not wait, Hartonen noted.

Watch the whole Symposium on this link:
https://www.youtube.com/watch?v=nxrxlQkV0i8 (on Youtube.com)