Risks and their management – an integral part of shipping

Shipping is one of the key components in global logistic chains, the resilience of which is not immune to the challenges presented by different risks and their concretization. Technology and testing allow us however to anticipate these risks and be prepared. 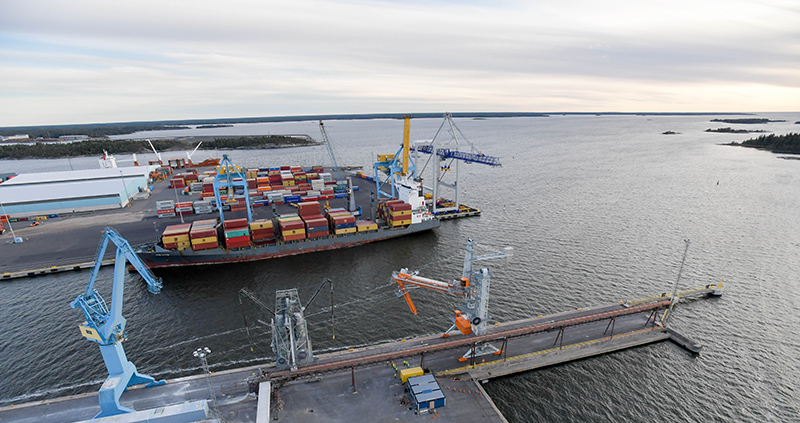 It is characteristic for shipping is that people have a constantly changing place of work. The working environment varies - often greatly - and consequently the vessels and their crews are exposed to different risks. In order to avert risks, you have to be prepared, as circumstances at sea can change in an instant, for reasons beyond the crew’s control. The concretization of risks puts to the test the fault resilience of shipping and the logistics chains that it maintains.

Risks for shipping can be divided into two groups: those caused by human error, and those caused by external factors beyond human control. Environmental conditions and piracy are examples of the risks which the ship’s crew have no way of preventing, but for which they can be prepared. On the other hand, carelessness or neglect, and a generally mediocre safety culture give rise to unnecessary risk situations.

Preparedness for shipping risks is governed by the Conventions and Codes drawn up by the IMO (International Maritime Organization), such as the ISM (International Safety Management Code) and the ISPS (International Ship and Port Facility Security Code). The organization is constantly developing, so that the main task of shipping, i.e. the transportation of goods from point A to point B, can be carried out as safely and smoothly as possible. Thus, maritime preparedness acts also to protect the global logistics chains.

From the point of view of shipping, the Corona virus is a materialized external risk. Worst case scenario - a ship’s crew can be so devastated with infections that entire logistics chains may be broken. This can have negative consequences for Finnish exports, for example. As far as the spread of infections is concerned, pilots have a particularly critical role, as at present they must physically climb aboard the vessels calling in Finnish ports.

- If a Finnish pilot were to step aboard a vessel with cases of Corona virus infections, the disease could, at worst, paralyse the entire pilot station. One case of infection could give rise to a long chain of exposures to the virus, which at worst could be a threat to the security of supply for the whole of Finland, explains Janne Lahtinen.

Interest in remote pilotage has increased due to the Corona virus.

Interest in remote pilotage has increased due to the Corona virus situation. Minimizing the movement of people will prevent it spreading, and unnecessary breaks in the logistics chains can be avoided.

Intelligent applications act as risk management tools, and thus their testing also has a direct connection to the increased fault resilience of logistics chains.

- We should bear in mind that shipping is only one part of the logistics chain. In turn, technologies function in shipping as tools for successful logistics. The ISTLAB occupies a central position in the development work and testing of these tools, Lahtinen concludes.